My Story Is
The Story of Millions

My parents immigrated to the United States to give us a shot at a better life. 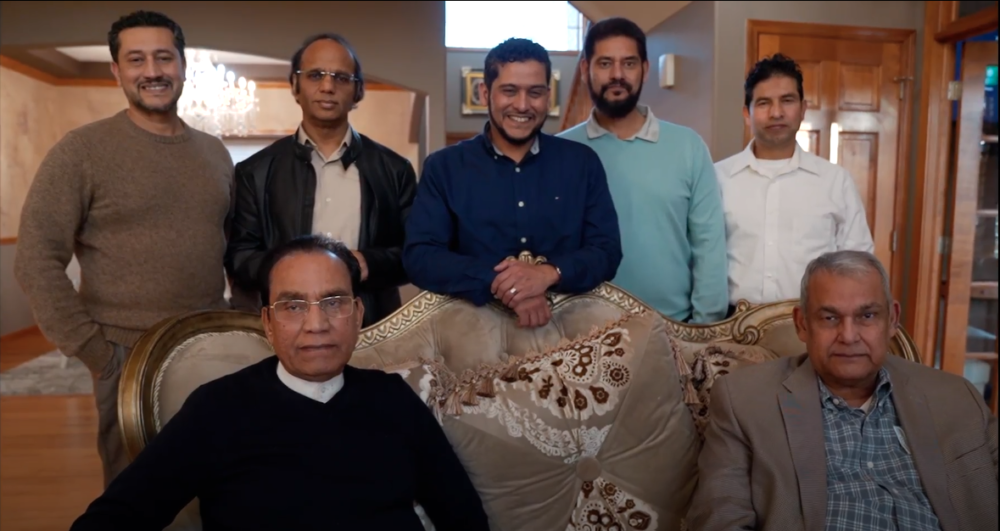 My parents immigrated to the United States to give us a shot at a better life. Illinois gave us a home, but life here wasn’t easy. My father worked hard — often juggling two full-time jobs — to establish himself in America… They sacrificed so we could have a chance to live the American Dream…
Yep! That’s my story —

A true story that any candidate for elected office would love to run on. But, TRULY, I never intended to run for Congress. I know, I know. I already sound like some cliché politician.

But here’s what happened:

My Parents Raised Me
to Love my Community

My parents raised me to love my community and to give back to it wherever, whenever, and however possible. Charity is a big part of my faith. So, I dedicated my life to service – service to my family, my community, my country, and my values. You’ve probably seen me and my family on the evening news after the recent tornadoes. We’re part of a team that delivers essential goods to community members recovering from natural disasters. 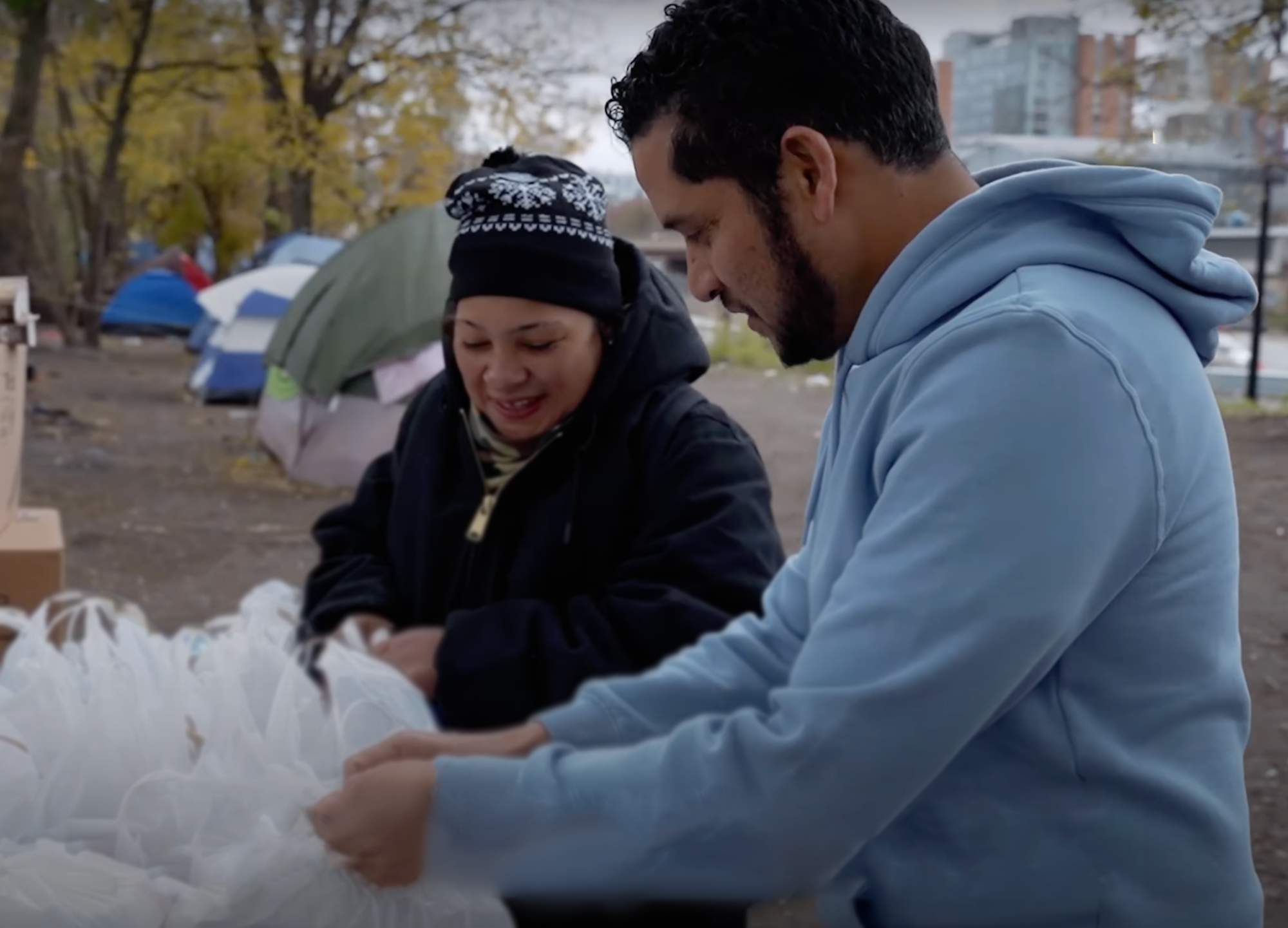 We’re also out nearly every Sunday delivering food to hungry families in the community.
Yes, before you roll your eyes. I did let my campaign team convince me to record us out in the community. I own it. We are totally exploiting our charitable work for the campaign. If you have an issue with it, know that I do, too. But please know our community work predates this campaign to my teenage years and will continue long after it.
Back to
My Story:
I’ve been working on humanitarian campaigns all of my life–advocating for people suffering from persecution and hate abroad. And that’s the work that inspired me to be more politically active at home. As a first-generation American, I witnessed, firsthand, the awesome power of the United States – and I knew the richest country in the world could do more to advance social and economic justice around the world than I could alone. 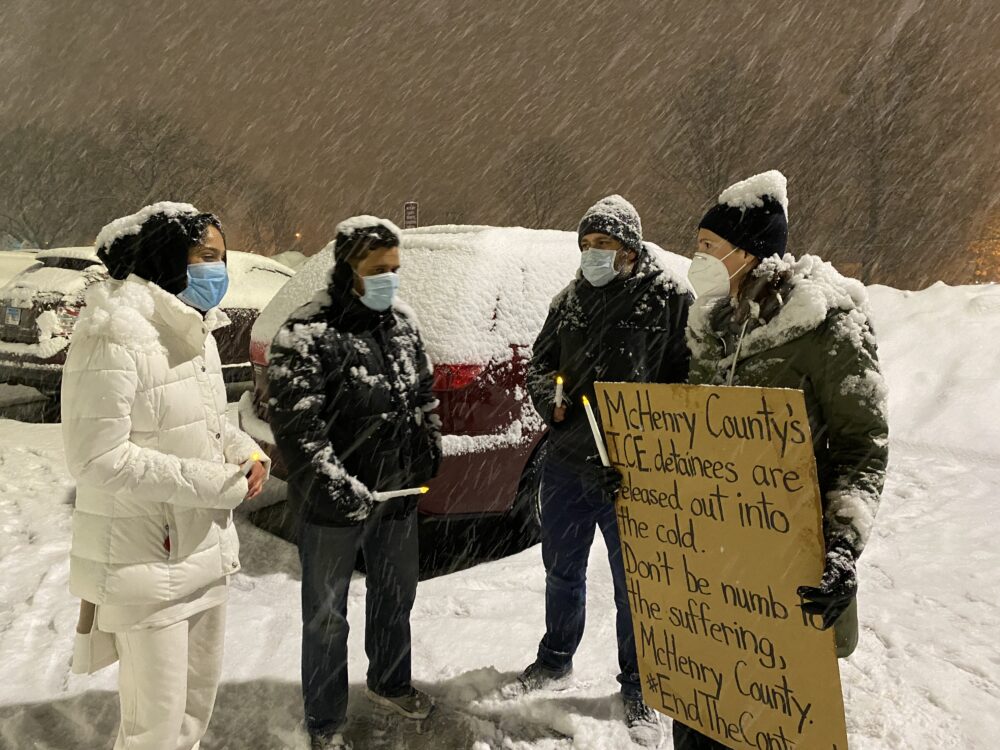 I Started Volunteering
for Causes
That Matter

If you follow me on social media, you’ve probably seen pics of me organizing Medicare for all rallies or protesting to shut down ICE detention centers.

I also started volunteering for candidates who I believed shared my values. I am proud of that work, but I cannot deny how disappointed I often feel towards our representatives in Congress — some of whom I personally worked to elect. Even the best-intended folks often give in to the powers that be in Washington. Looking at you, old friend.

I firmly believe that when special interests fund your campaigns, they also form your agenda. Let’s just be real about this for a minute. Does anyone…other than those wayward politicians – who sold out to the special interests – actually think differently?

Please, email me at us@junaidforcongress.com if you believe money doesn’t influence policy. I want to hear your thoughts.

This brings me to my opponent.

Sorry, one more quick aside. Some of my campaign staff tell me that I should never say my opponent’s name or risk unnecessarily elevating him. But I’m not sure if that isn’t just some nonsense we all learned from the West Wing. And, anyway, Raja is a big part of my story.

I volunteered for his campaign. I asked my community to support him. Dare I say… I believed in him? That’s until I saw him in action. Once elected, he became not just another Corporate Dem, he’s actually one of the worst. He started taking hundreds of thousands of dollars from corporate PACs and special interest groups all while voting with Republicans to dismantle key portions of Obamacare, to spy on Americans, and to expand the death penalty.

These days, us activists who volunteered to elect him like to joke:

Who needs Republicans...
when we have Raja!

Dark, I know…but not as dark as Raja’s affinity for taking money from donors associated with radical extremists persecuting millions of people in India. Google it.

to this part of the story:

A lot of us decided we deserve better than some guy who is mostly running the longest campaign for Senate ever (Google this, too). So, I joined a team of local volunteer leaders who were researching and recruiting candidates to run against Raja. One day, the chairperson of our committee informed me that we found a candidate! Not only that, but that candidate has a viable path to victory, and also shares our values! At first, I didn’t get it. Then, he started describing this candidate’s unique ability to raise money among grassroots activists because of his extensive humanitarian work across the country.

Enter knife to the heart of a man who routinely promulgates to all who will listen: Money doesn’t win elections. People do.

But I am a product of the American Dream. I believe in the awesome power of this country and the people who live here. And I am the son of immigrants who moved to America to give me a better life – parents who raised me to give back to the community that gave me so much.

And let me remind you all right now: Money doesn’t win elections. People do 🙂 We win by talking to every voter who will listen. Hearing them. Asking them to hear us. And taking collective action in favor of a political system that works for all of us.

I do not have all the answers – and that doesn’t matter. Any politician who says otherwise is (frankly) lying to us. Fortunately, politicking is a team sport. Together, can we identify and implement the solutions to the challenges we face as a nation.